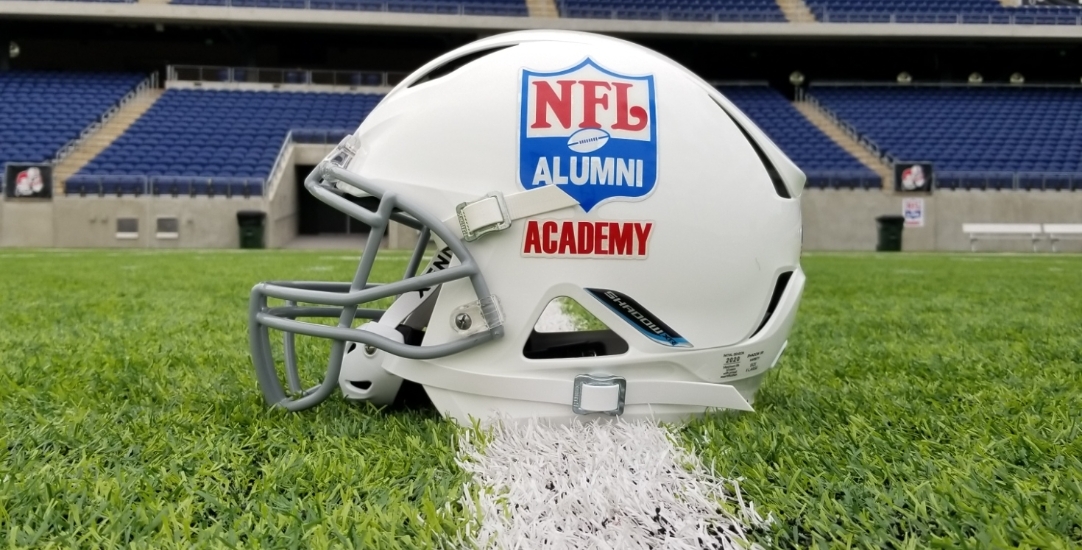 The NFL Alumni Academy is an elite in-season training program developing “NFL Ready” players. Our athletes train and prepare on the campus of Choctaw Stadium in Arlington, Texas.

The Academy trains the top free-agent football players in preparation to sign an in-season contract with NFL teams looking to replace 500+ active roster players lost during each season due to injury.

The program is led by former NFL coaches and players teaching, coaching, and mentoring future NFL players with an iconic brand at the NFL Alumni Academy.

Football has long been established as the most popular sport in the United States and the NFL brand is the most iconic of all professional sports leagues. Unfortunately, injuries continue to ascend to record-setting numbers of players injured each year.

The Academy not only trains players on technique and gets them in the best shape of their lives, but also keeps players healthy and in peak physical condition through our health and wellness programs.

Beginning in 2022, each player who graduates from The Academy that does not sign with an NFL team will be guaranteed a contract for the 2023 XFL season.