The players at the Academy are personally trained by Chip Smith. Chip is one of the foremost speed and strength experts in the world, and his proprietary MORR training system produces unparalleled results. While the average NFL career is under 3 years, the average career of the players that have trained with Chip and his team is over 8 years!

Chip’s MORR system and his line of proprietary equipment for sports performance training are the basis for the program our players train in everyday. Chip’s innovative methods and proprietary training equipment consistently produce unparalleled improvements in strength, speed, responsiveness, and agility. The dramatic performance results accredited to Chip’s work make him one of the most highly regarded and sought after Sports Performance coaches in the world today.

Chip Smith is widely recognized as the worldwide leader in elite level sports performance training. He is a renowned, world-class performance coach for thousands of professional athletes. Having trained more NFL players than anyone else on the planet and with a roster of over 200 current professional players, Chip has personally trained 20% of today’s National Football League players. He has studied athletic performance across the globe which led to the invention of his revolutionary training techniques. 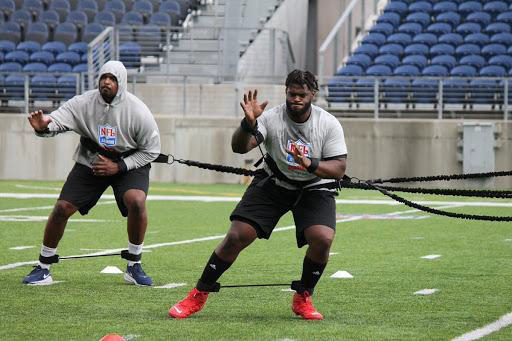 From 2010-2012, Chip spent two years working with 14 of the Chinese Olympic teams in Beijing, China. In the 2012 London Olympics, Chip had 20 Olympic Gold Medalists, 10 Silver and 2 Bronzes for a total of 32 Olympic Champions.