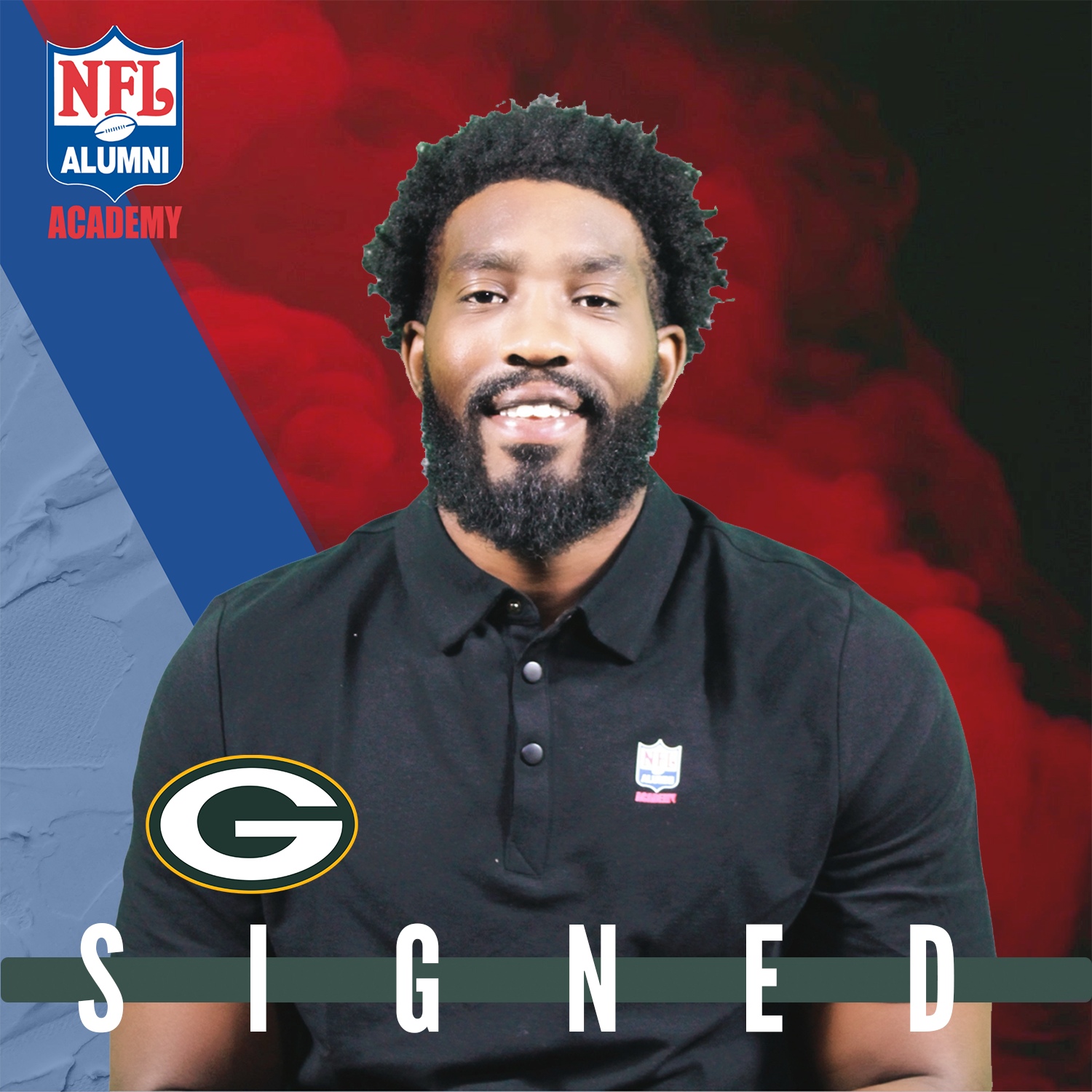 Aaron Adeoye is a defensive end and outside linebacker who is now with the Green Bay Packers. Aaron spent 3 weeks at The Academy training with Coach Chuck Smith and Coach Jay Hayes perfecting his edge rushing skills. Aaron played college basketball for four years, beginning at Ball State, but used his fifth year of collegiate eligibility in 2015 to try out for the Southeast Missouri State football team, playing in four games, notching 2 tackles, 1 TFL and 1 QB hit. 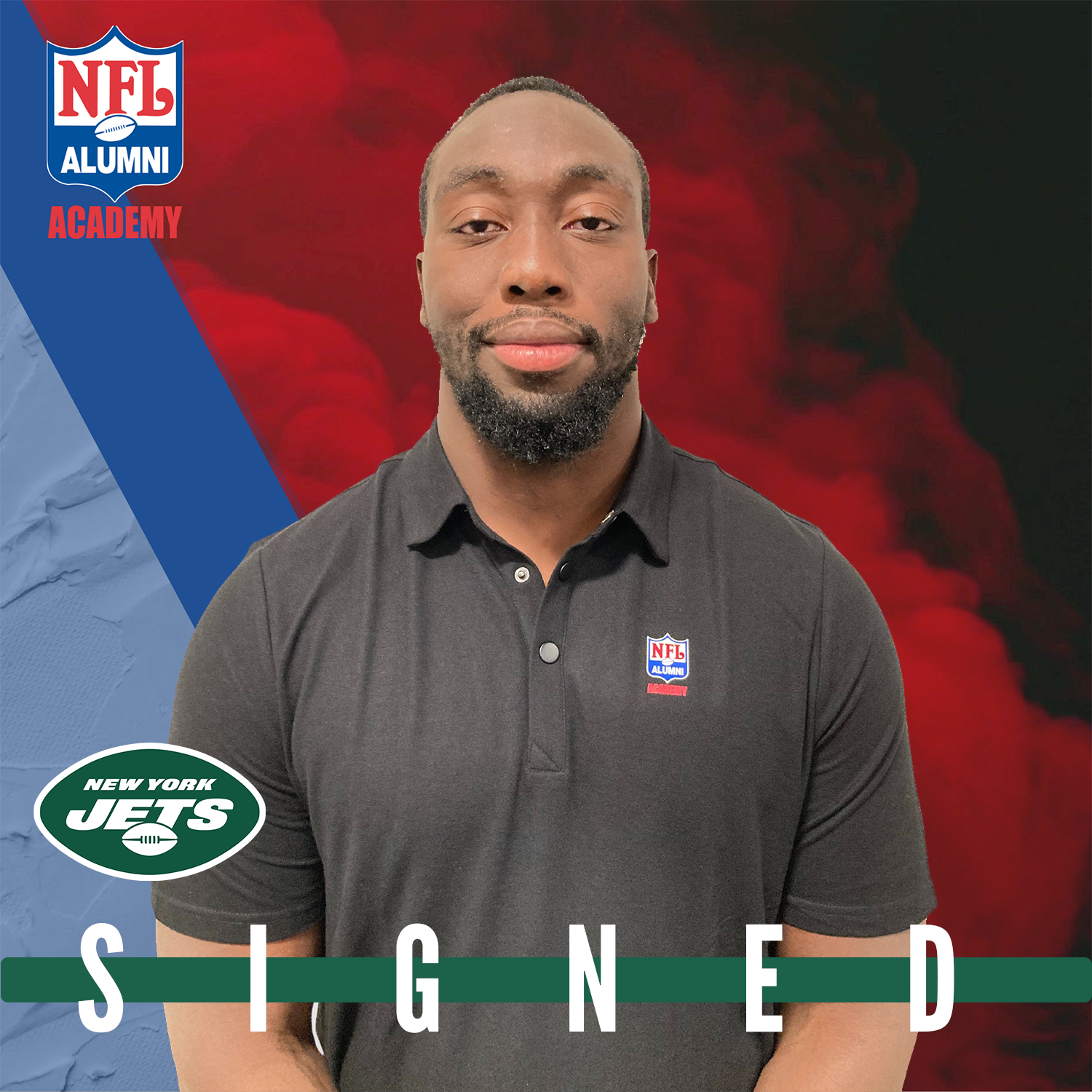 Freedom is a hybrid Defensive Lineman that can play in 3-4 or 4-3 fronts. He played at Nebraska until the 2018 season, often rotating all along the defensive line. After his time at the Academy, Freedom signed with the New York Jets. 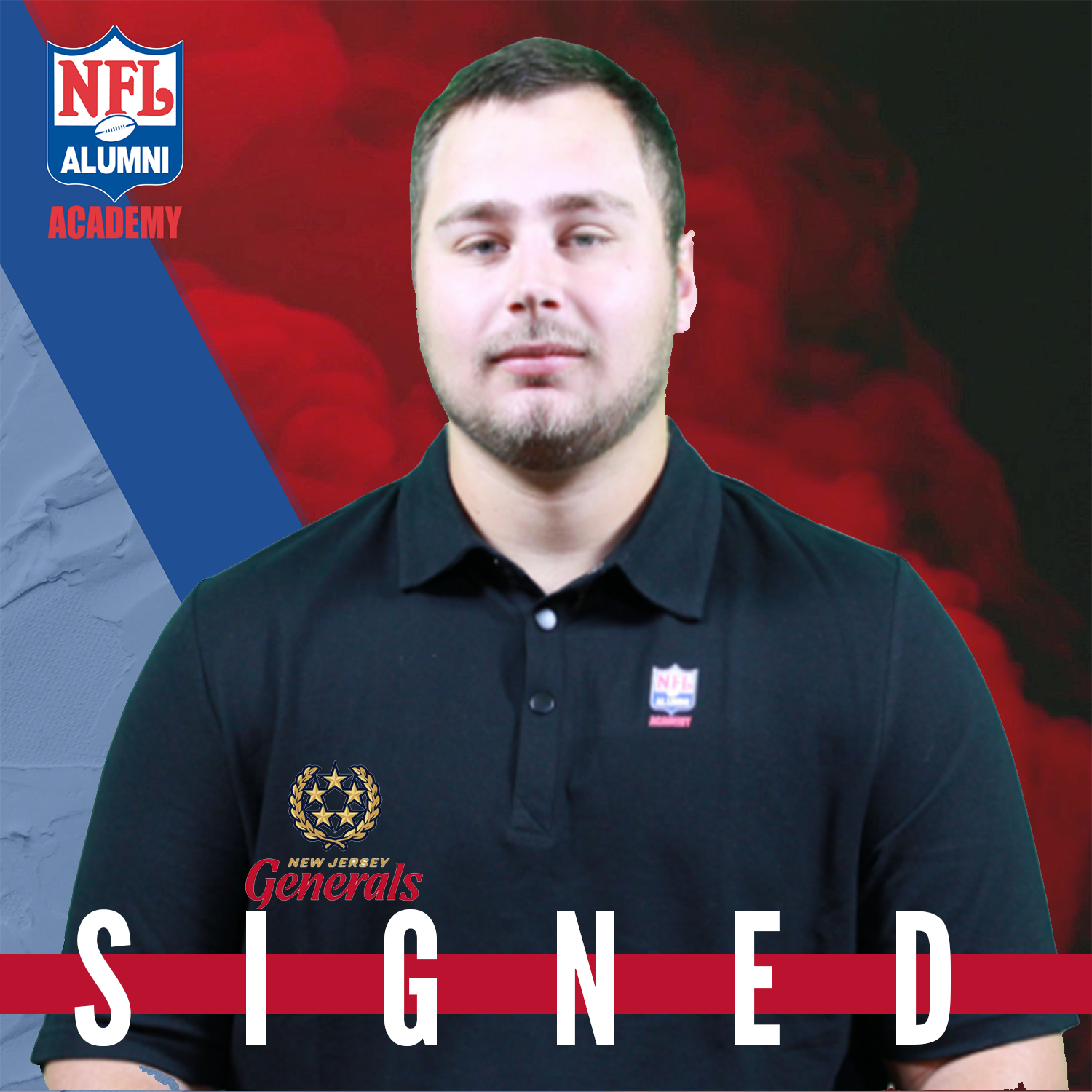 Jake Lacina is an Augustana University graduate who played on the offensive line. As a senior at Augustana Jake was the DII winner Rimington Trophy as the nation’s top center and started all 45 games he played in at center. Jake served as a team captain in his last season. In 2019, he received First-Team All-America honors. As for his professional career, Lacina was signed in June 2020 to the Minnesota Vikings until he was waived in September 2021. In an attempt to follow in his father’s footsteps, Lacina is now training with the Academy to give himself the chance to make NFL History. 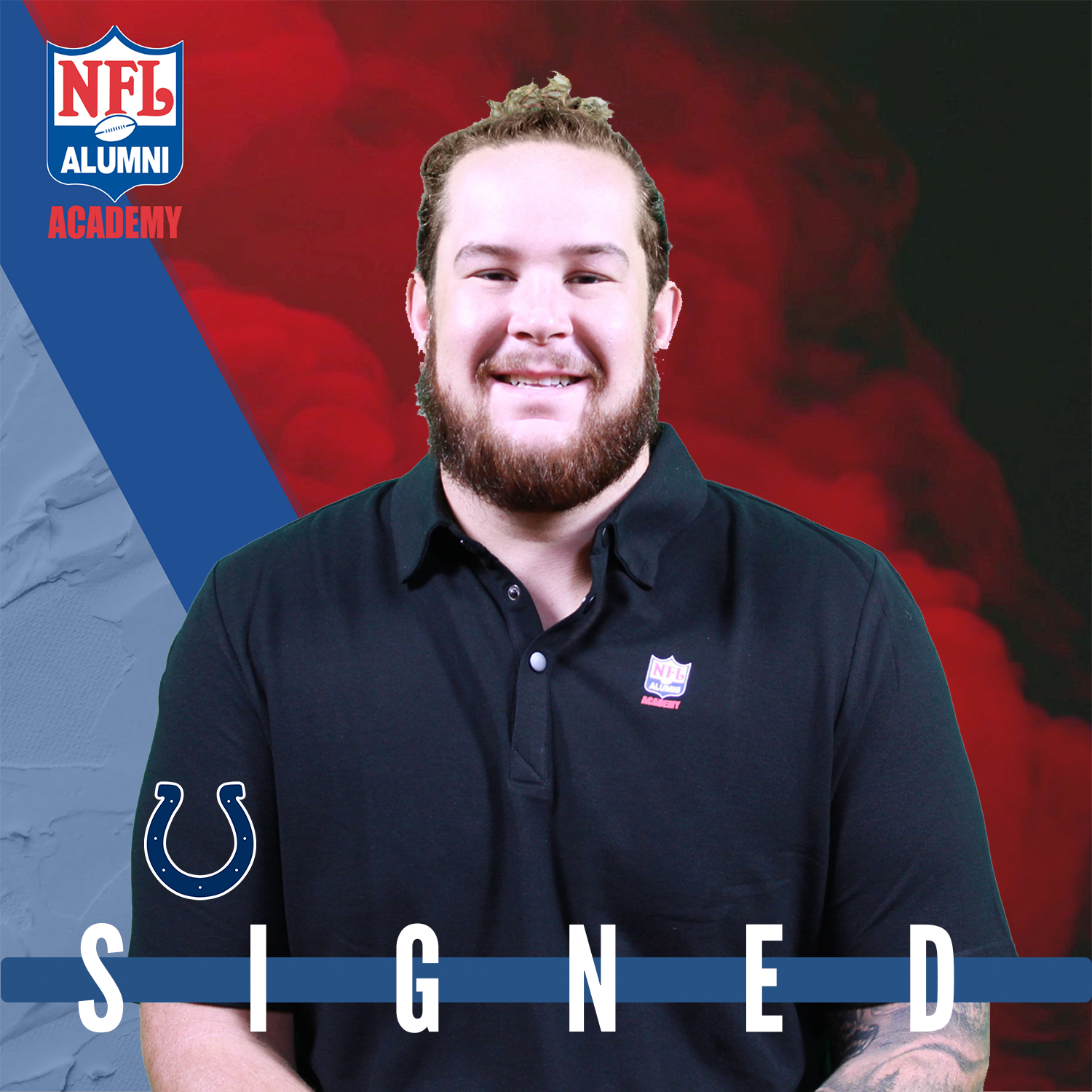 Garret McGhin, a Florida native, is an offensive tackle who played at East Carolina University and went undrafted in 2019. He was first signed by the NFL’s Buffalo Bills, as a free agent in 2019. Since then he has also been a part of the Carolina Panthers and Jacksonville Jaguars rosters. After his time with the Academy, he signed with the Indianapolis Colts. 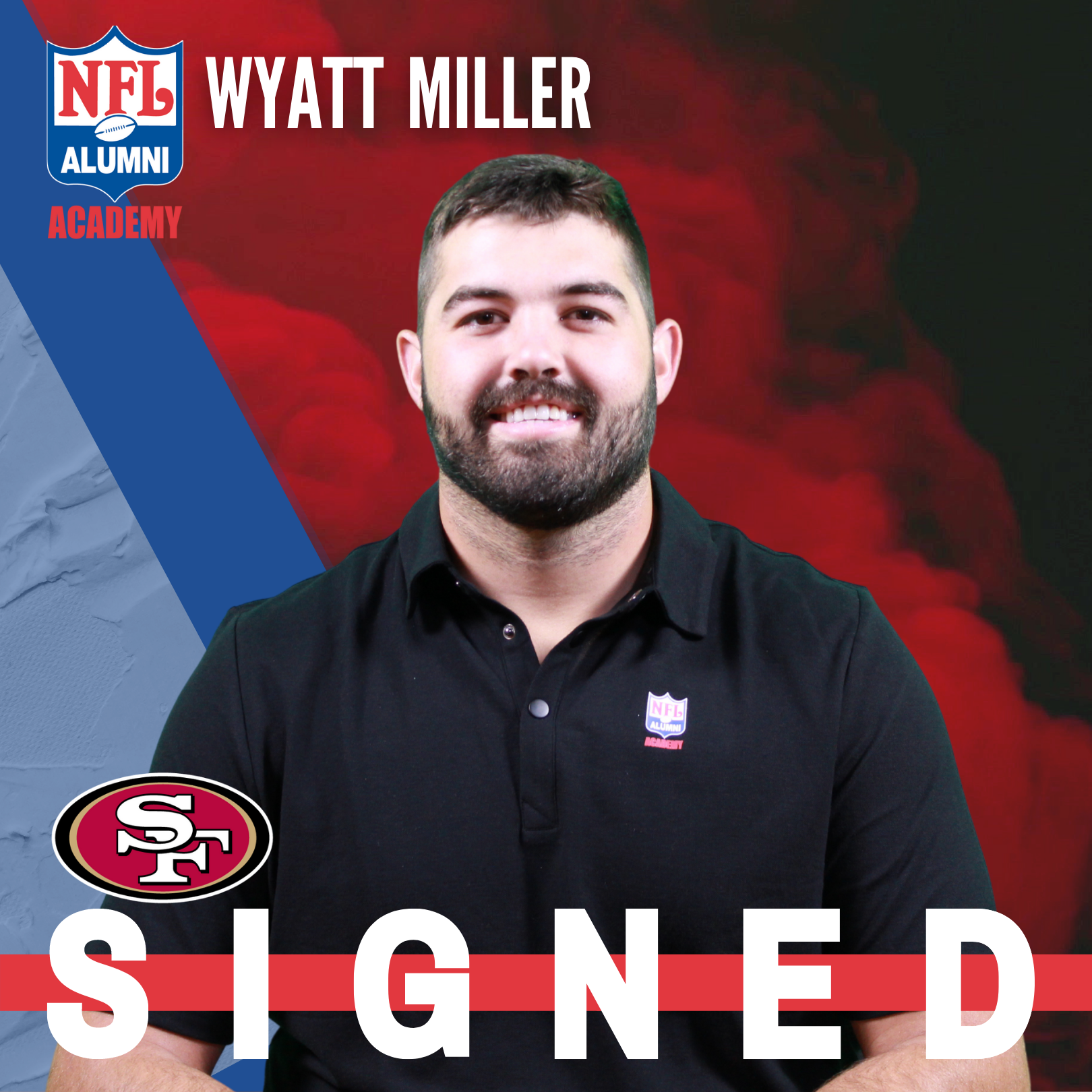 Wyatt Miller is an offensive tackle who played at the University of Central Florida. While at UCF he started in 47 games of the 49 he appeared in as right tackle for his redshirt freshman, sophomore and junior years and then as a left tackle in his senior year. Additionally, he was a part of the national championship team that went undefeated. At the start of his professional career, Miller was signed by the New York Jets as an undrafted free agent in 2019. He since then has been signed with the Cincinnati Bengals, Dallas Cowboys, Seattle Seahawks, and Kansas City Chiefs. Now, again as a free agent as of August 2021, he is training with the Academy. 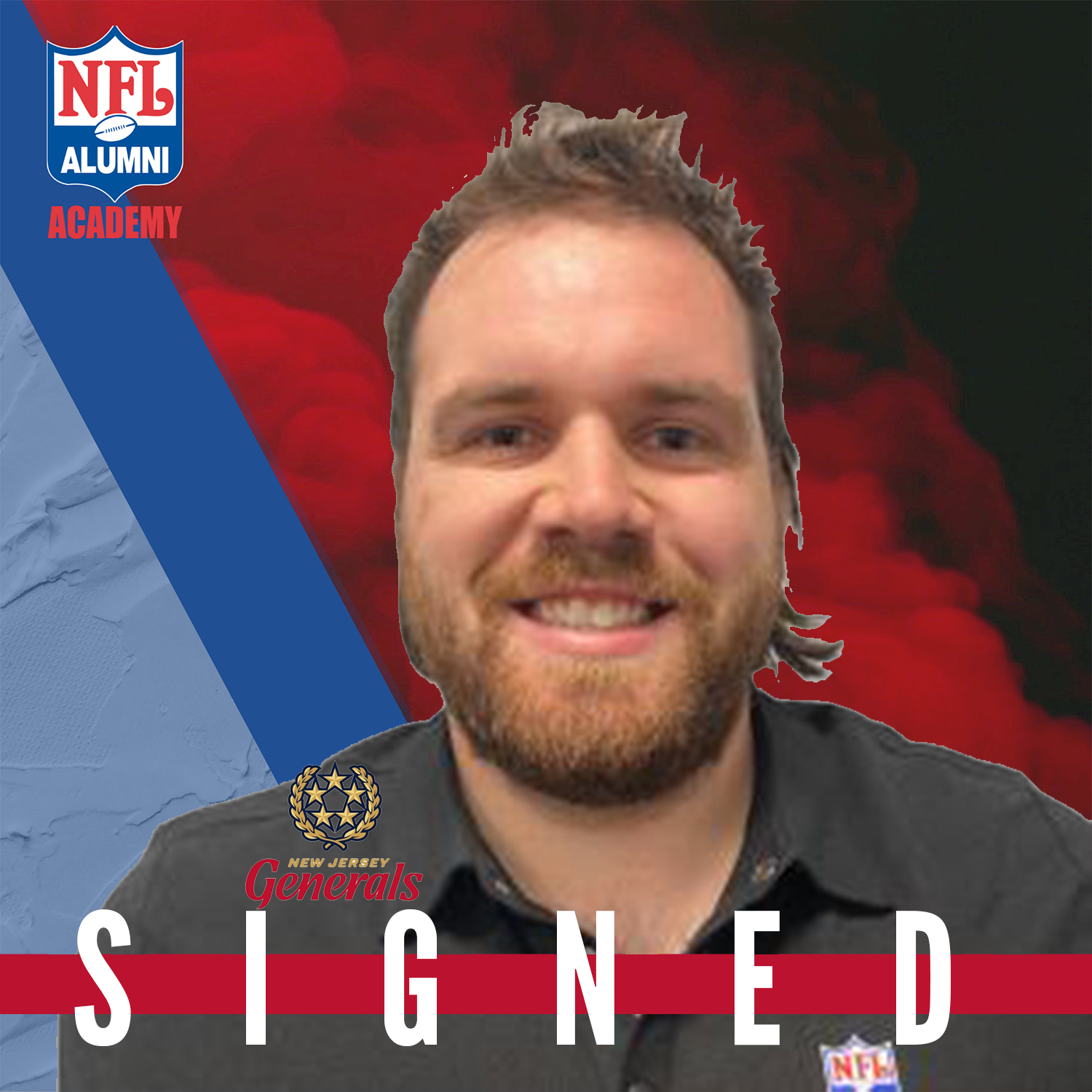 Evan Heim was a two time first team All-American Guard for the Minnesota State - Mankato. Evan worked hard as a 4 year player and was scouted, but went undrafted after his Pro Day was cancelled due to the emergence of COVID-19. Heim spent the next year and a half training, working as a delivery driver for Amazon pay the bills, before getting signed to the Lions 90-man roster in the 2021. Heim was eventually waived before coming to The Academy, where coaches raved about his work ethic. 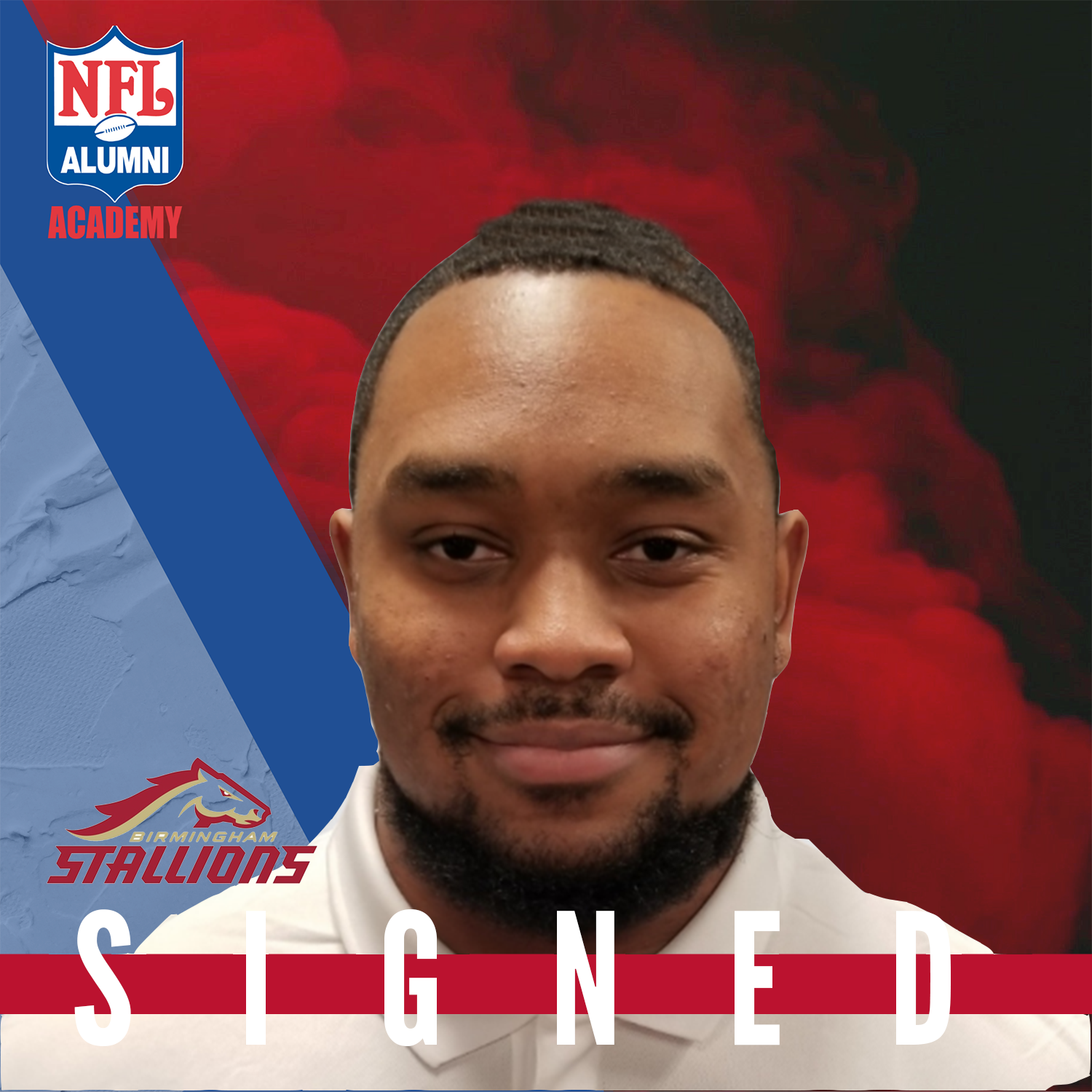 Jordan Thompson is a versatile defensive lineman who can play end or tackle. Jordan appeared in every game but one during his four years at Northwestern University. Jordan started all 26 games his junior and senior years and made 35-consecutive starts for the Wildcats at defensive tackle before missing the Holiday Bowl at the conclusion of his senior season. During his senior campaign, he notched single-season career highs with 30 total tackles, 6 tackles for loss (fifth on the team), 3 sacks (third on the team), 3 pass breakups, and 2 forced fumbles. That same year Jordan was a key contributor in Northwestern’s rushing defense which finished fourth in the Big Ten and 26th in the nation, allowing 129.6 yards per game. He finished his collegiate career with a sack and a forced fumble in the Big Ten Championship against Ohio State 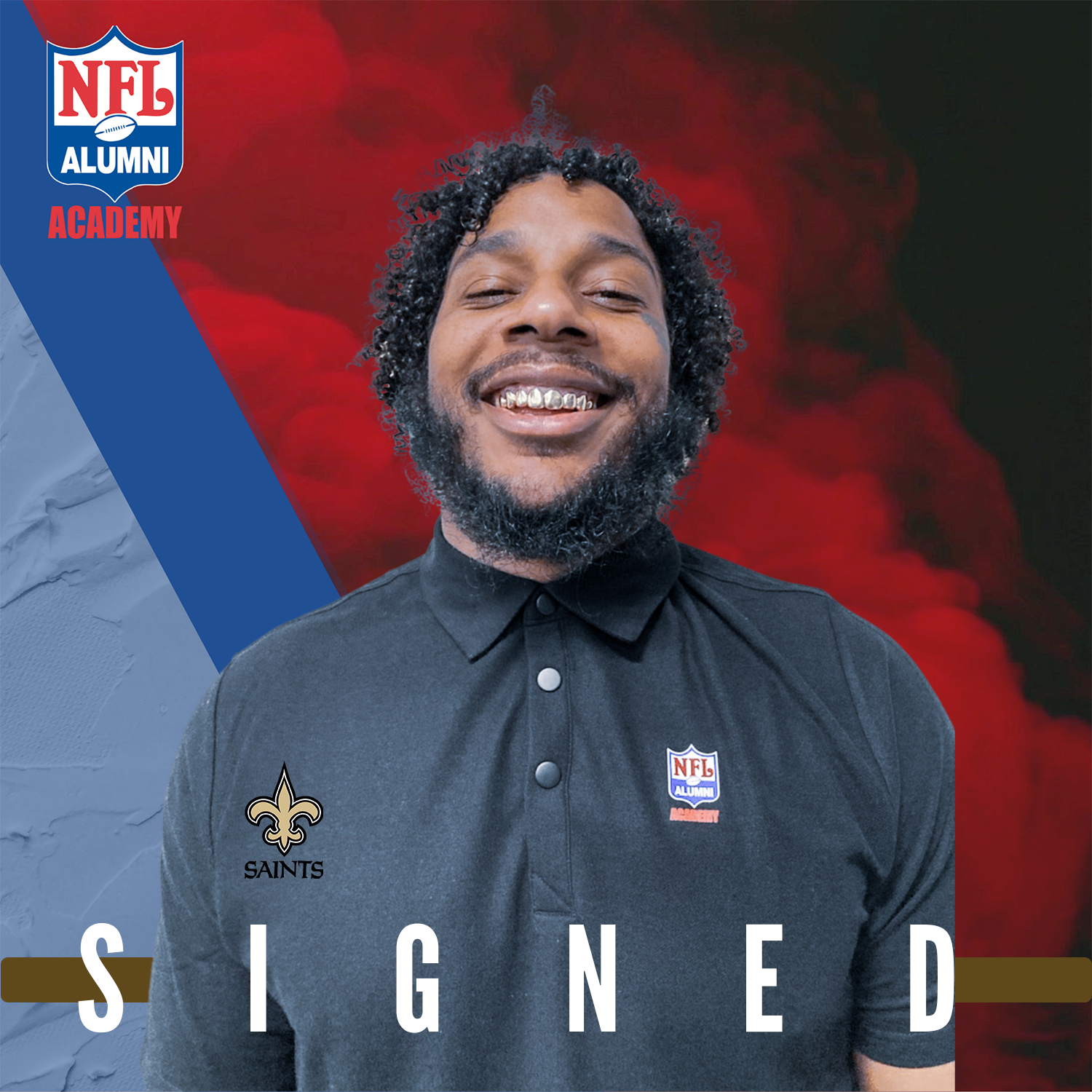 Prior to his current time with the Saints, Ethan Westbrooks, a defensive tackle spent the 2020 offseason with the San Francisco 49ers and the 2019 offseason with the Raiders after spending the first five years of his career with the Rams. In 67 appearances with 11 starts, Westbrooks has compiled 79 tackles (53 solos), nine sacks, three passes defensed, one forced fumble, and one fumble recovery. He has also started in one postseason contest in which he recorded three stops (two). In his last season with the Rams in 2018, Westbrooks appeared in all 16 contests for the third consecutive campaign. 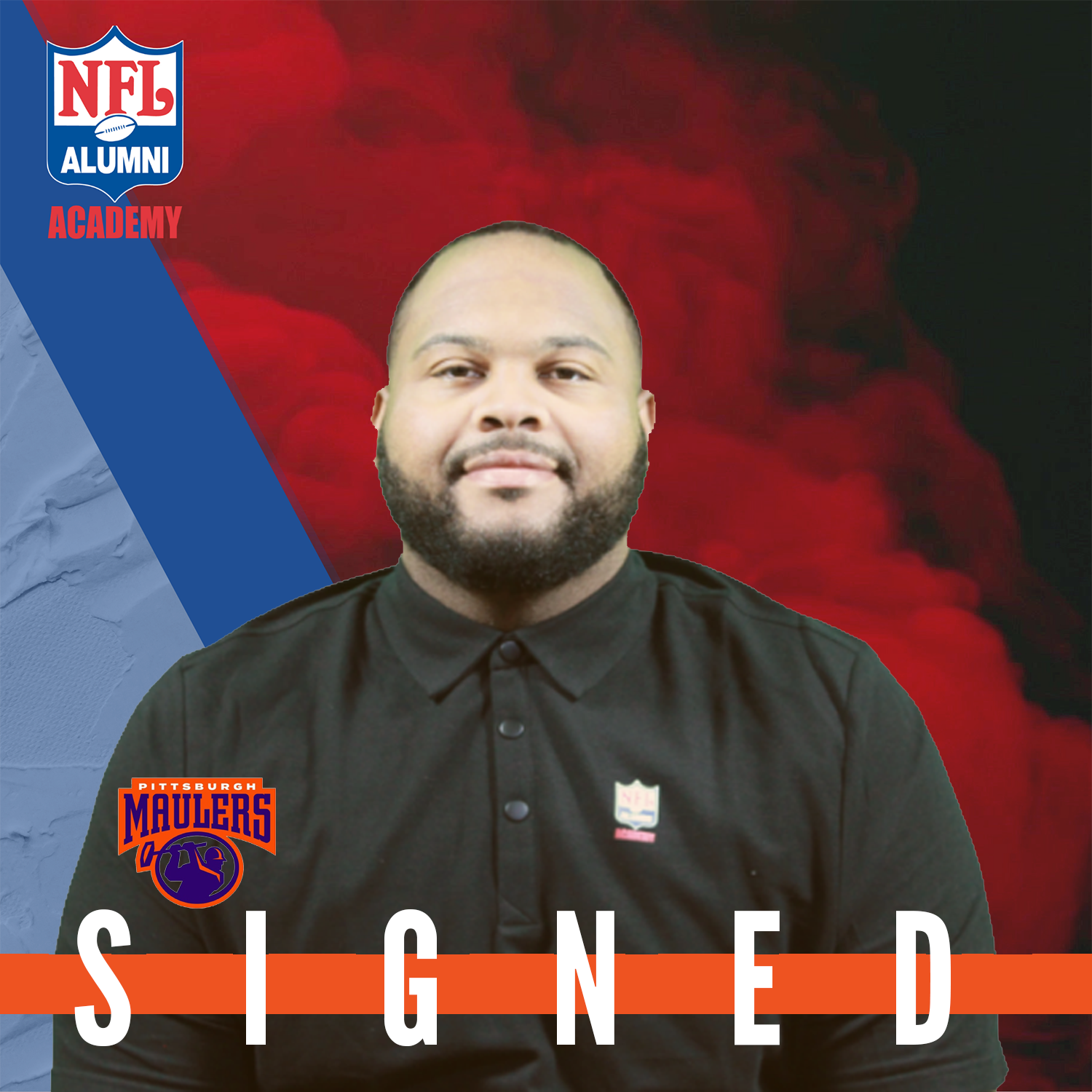 Vadal Alexander is an offensive lineman who played at Louisiana State University. In his true freshman year he played in 13 games and eventually moved into the starting line-up playing every offensive snap of the final nine games at right tackle. He earned Freshman All-SEC honors and was named second team freshman All-America. The rest of his college football career he started every game and was able to give LSU one of the most dominating guard tackle combinations in college football. He earned SEC Offensive Lineman of the Week honors after LSU’s 30-27 win over Florida. Alexander forewent the 2015 NFL draft and returned to LSU and was named to the Pre-season First Team All-SEC. Prior to his senior year, Alexander was considered one of the top senior prospects for the 2016 NFL draft. He was invited to and played in the Senior Bowl in January 2016. Alexander was drafted by the Raiders in the seventh round, 234th overall, in the 2016 NFL Draft 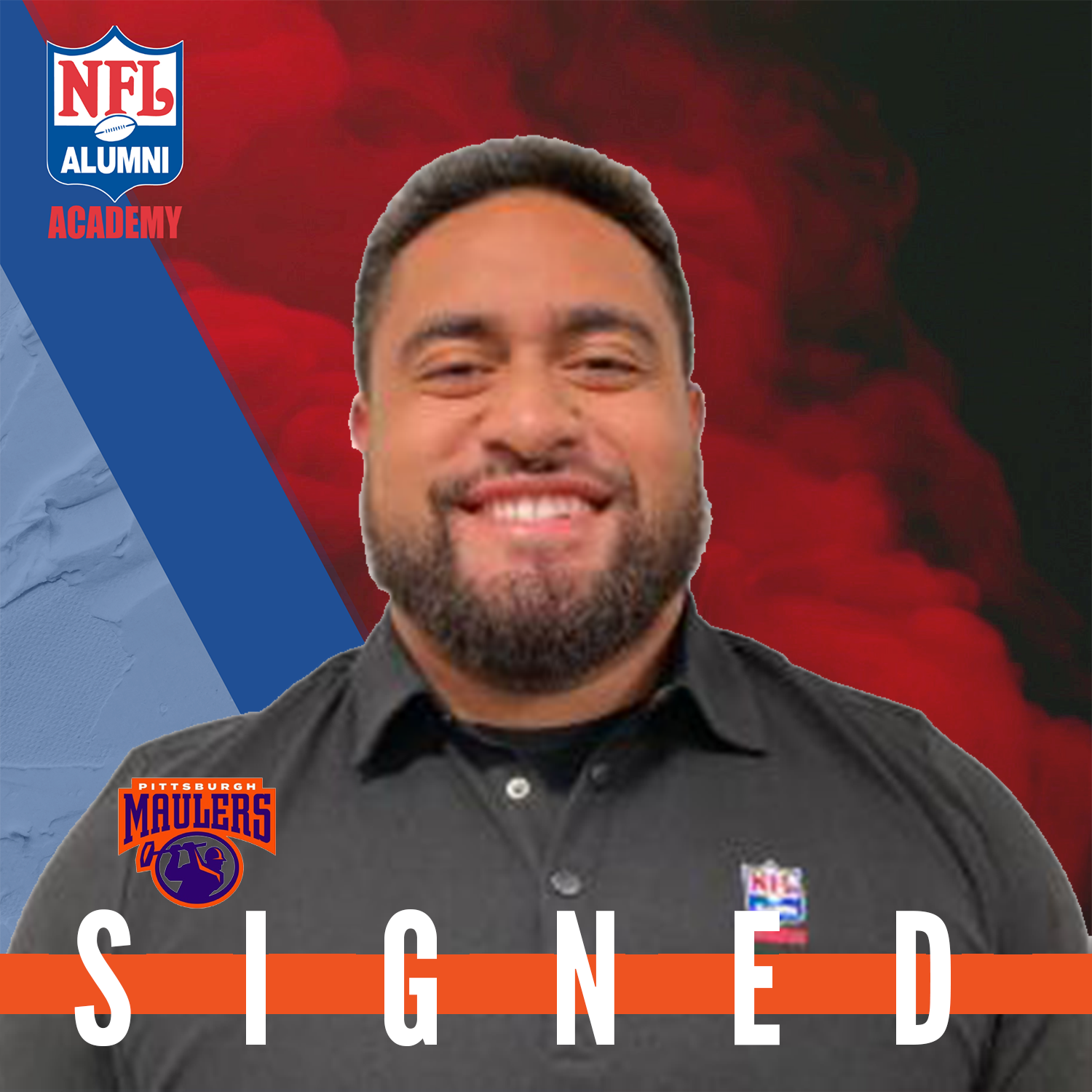 Olive Sagapolu is a strong defensive tackle with a nose for penetrating the O Line. Olive is originally from American Samoa and played college football at Wisconsin, where he played in 44 games. He recorded 61 tackles, 10 TFLs and 6 sacks. He's previously played with the XFL's Houston Roughnecks and been a part of the Green Bay Packers organization. 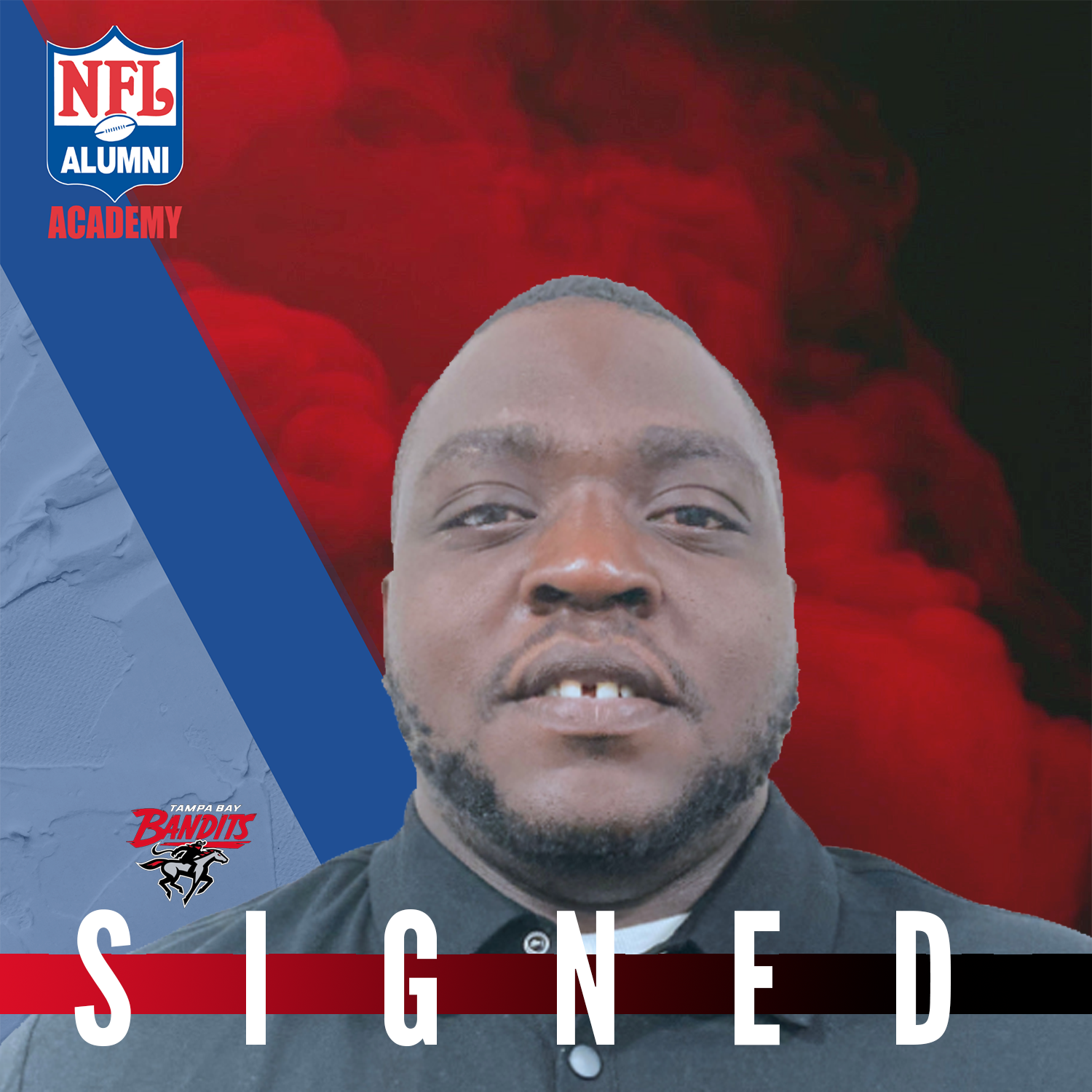 John Atkins is a defensive lineman who played 5 seasons at the University of Georgia. While at Georgia he made 38 tackles as a starting nose tackle and finished his collegiate career with 81 tackles, 3.5 for loss, 5 pass deflections and a fumble recovery in 48 games played. After college, Atkins has been a member of the New England Patriots, Detroit Lions and Atlanta Falcons prior to becoming a free agent in August 2021. 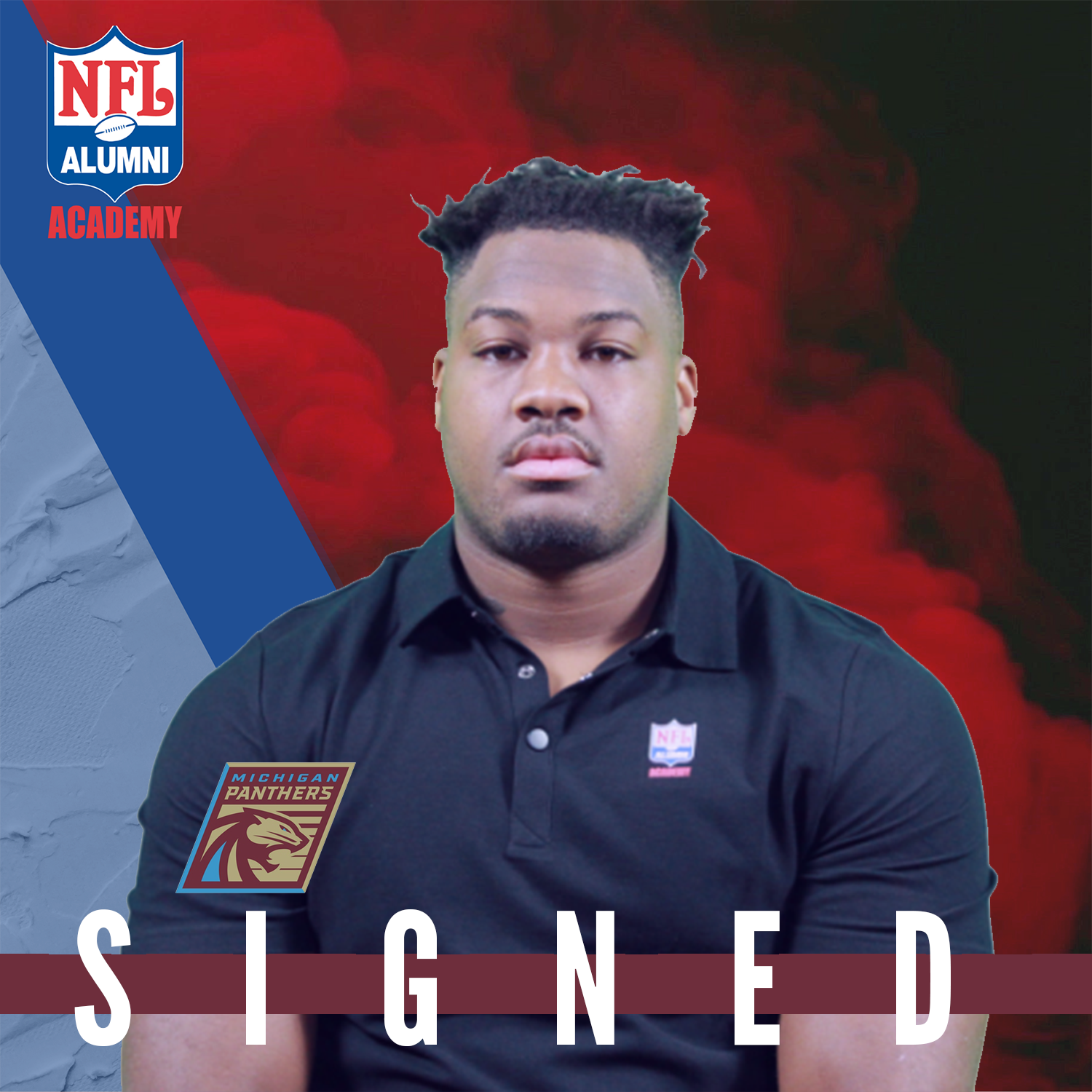 JaQuan Bailey is a defensive end who played at Iowa State University as a 3 star recruit. He was named Freshman All-America and was an honorable mention All Big-12 in his second season. After having 46 tackles to lead all Iowa State defensive linemen he was named Second Team All Big-12 and was on the Ted Hendricks award watch list. Bailey as an undrafted free agent was signed with the Philadelphia Eagles after the 2021 NFL Draft and then was waived in August 2021. 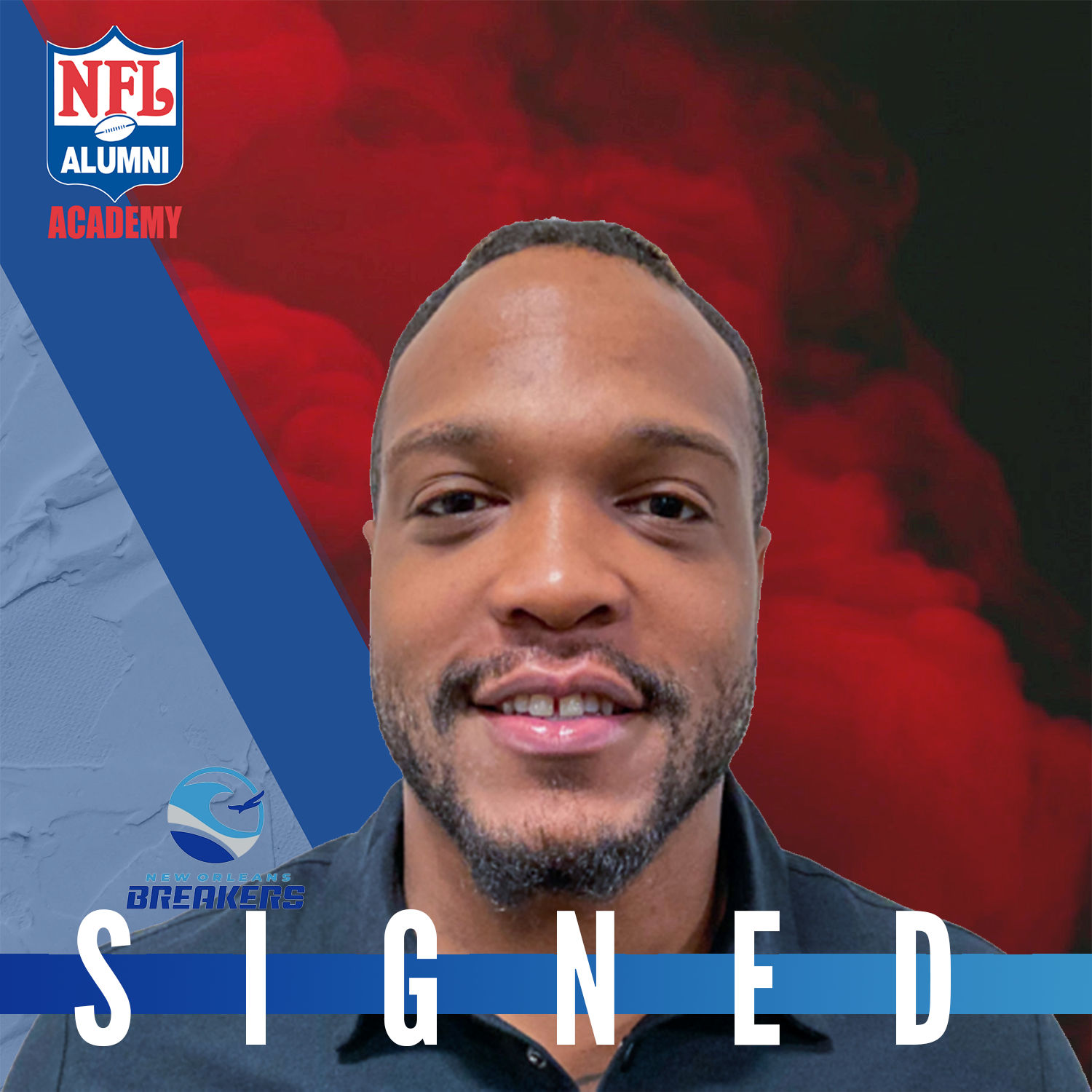 Davin Bellamy is a defensive end and linebacker who played his collegiate career at Georgia. Bellamy, a former four-star prospect from Chamblee, Ga., signed as a part of Georgia’s No. 12 ranked recruiting class of 2013 and was an integral part of the Bulldogs 2017 title run as a senior. Through 48 games played at Georgia, Bellamy racked up 135 tackles, 13 sacks, five forced fumbles and two fumble recoveries. Bellamy was signed as an undrafted free agent by the Houston Texans following the 2018 NFL Draft and has since spent time on the Texans, and Cincinnati Bengals practice squads as well as being invited to training camp with the 49ers in 2021. 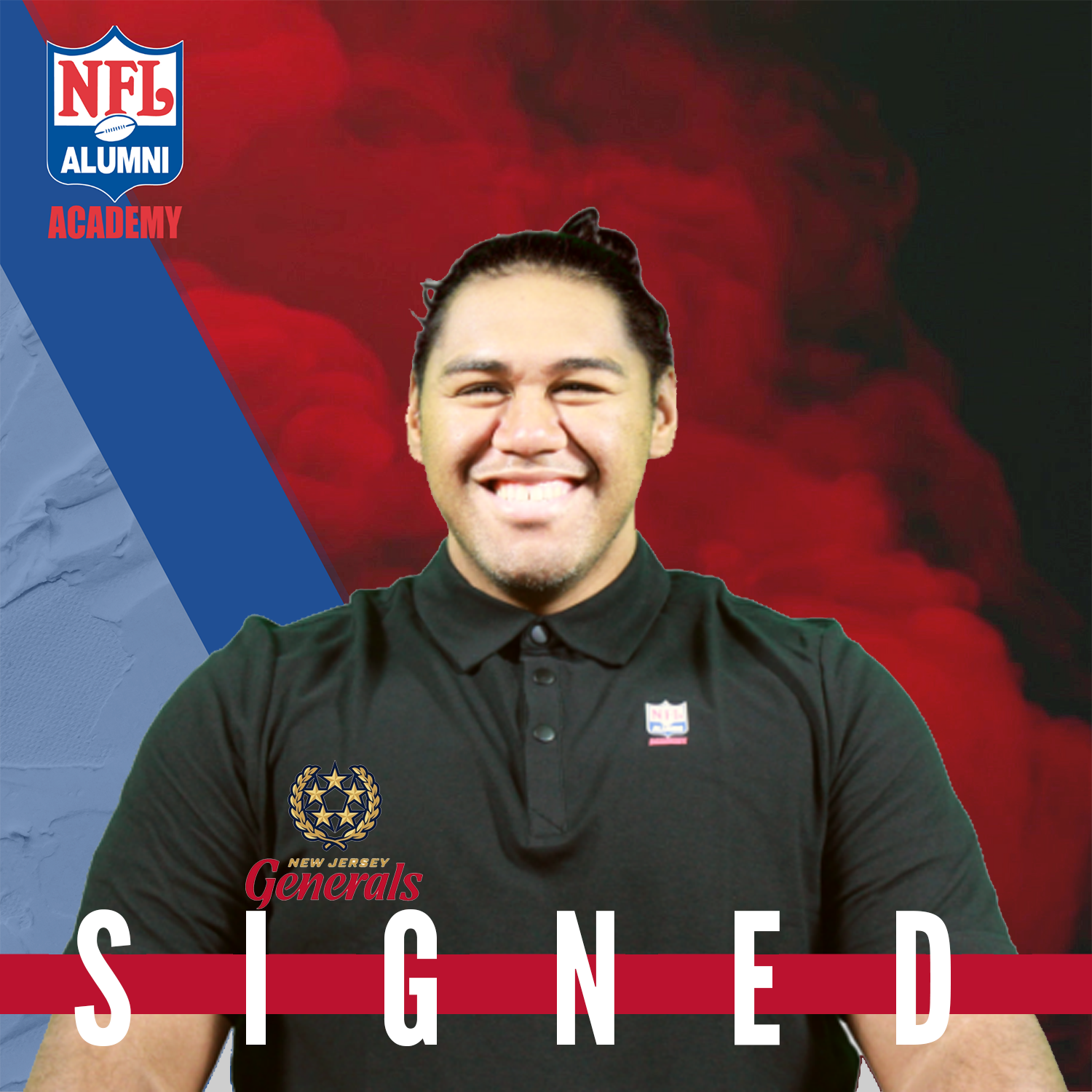 Mike Brown did not start playing football until he attended Eastern Arizona Community College two years after finishing high school. Mike Brown went on a mission trip after high school and on that trip he got his body right to begin trying to play somewhere at the collegiate level. Mike’s brother, Joe, was an offensive lineman for West Virginia back in 2018, and he helped Mike transition to playing football at a high level. While at Eastern Arizona, Brown anchored an offensive line that ranked No. 1 nationally in rushing yards twice, earned a spot on the 2017 All-WSFL First Team Offense, and earned a spot on the 2017 All-ACCAC First Team Offense. After two seasons at Eastern Arizona, Brown transferred to WVU in 2018 and redshirted. He became a starter at left guard part-way through the 2019 season and didn’t allow a single sack in ten games played, and saw action in over 523 snaps played. He started all 10 games at right guard in 2020. He was named second-team All-Big 12 following the season. Brown went undrafted in the 2021 Draft Class. 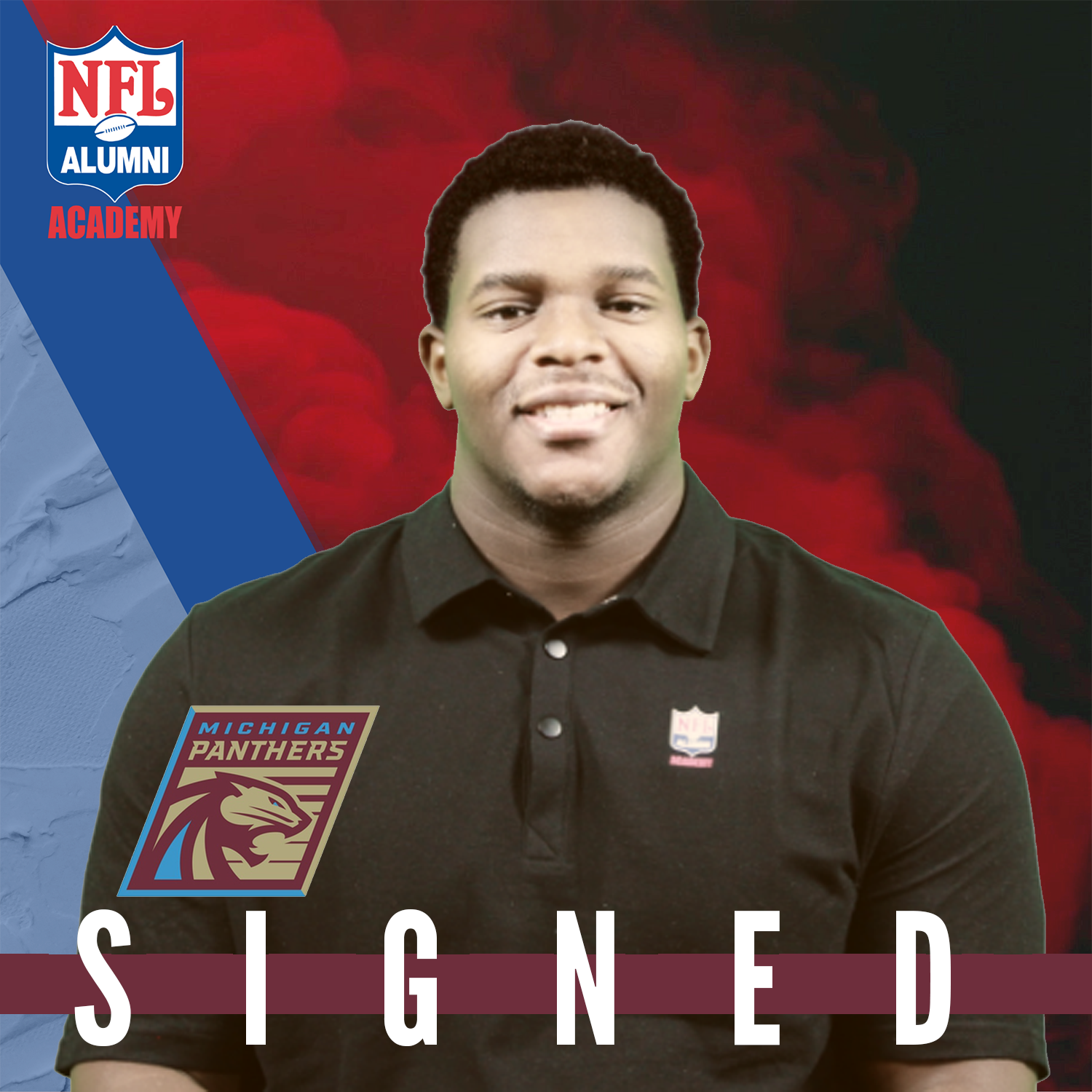 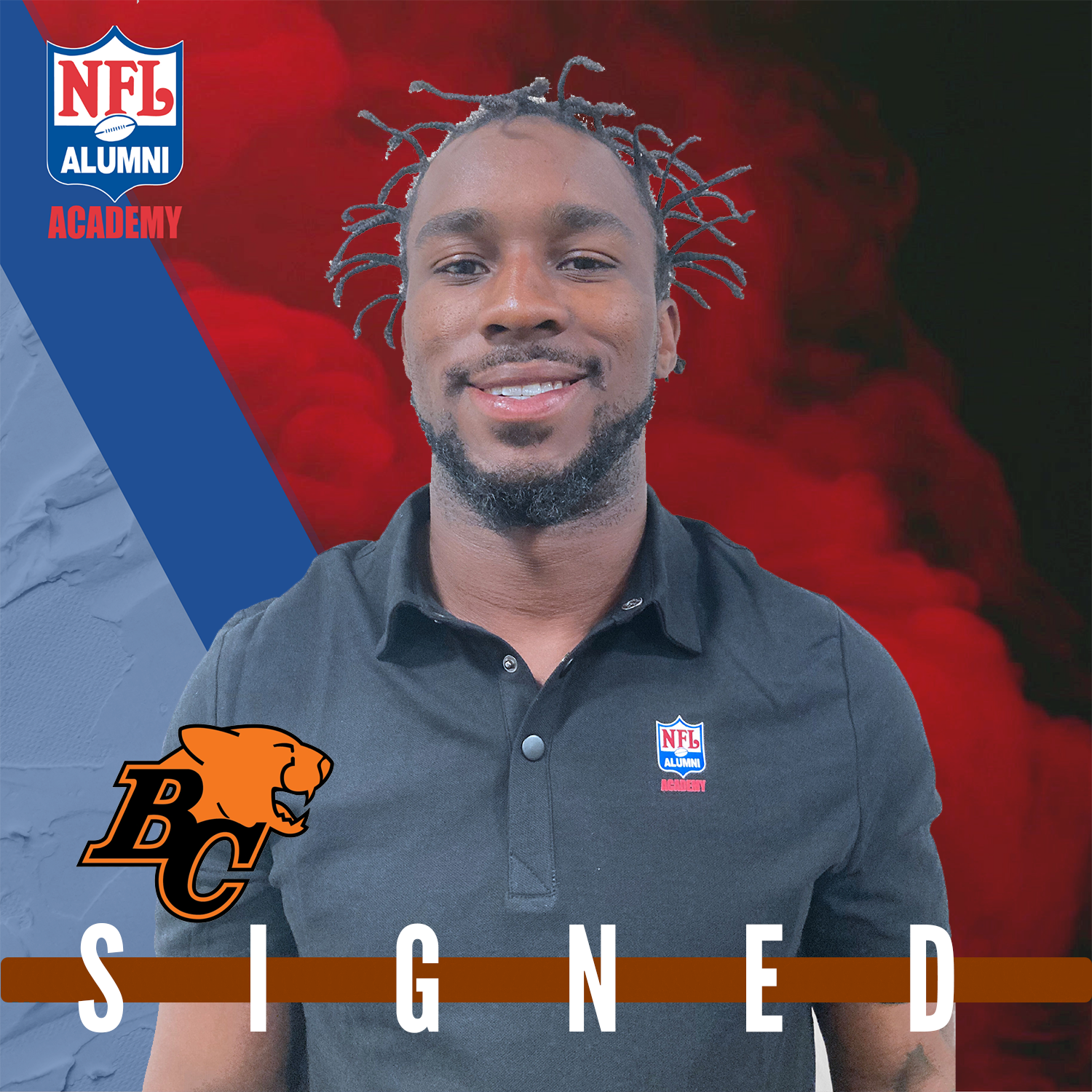 Darius Clark played in 43 games at Newberry College recording 103 rushing attempts for 384 yards, 35 receptions for 264 yards, and five total touchdowns. Clark signed with the Carolina Panthers as an undrafted free agent in 2021. Clark has the ability to play running back, wide receiver, return kicks, and line up on special teams coverage. He can do a little bit of everything which is why the British Columbia Lions of the CFL signed him. 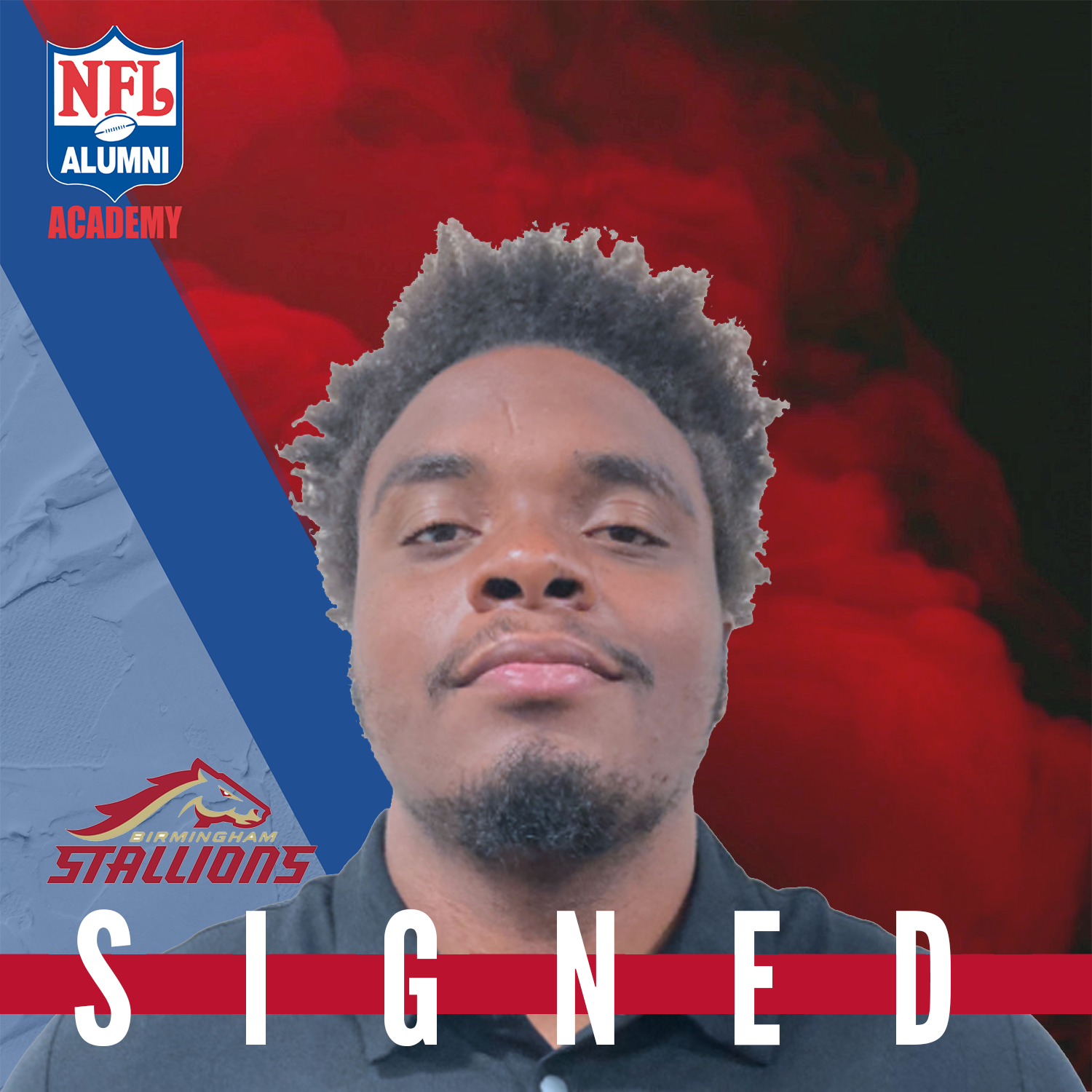 After four weeks of training at The Academy under Coach Mike Tice and Coach Steve Smith Darius Harper has found a job in the Canadian Football league with the Ottawa Redblacks. Harper was a two-sport varsity star in high school, but basketball was Harper's, first love. The 6-foot-7 senior started his college career at Miami University, playing basketball for the RedHawks under coach John Cooper. Harper was a two-year varsity starter at right offensive tackle and defensive end at Springfield (OH) High School. He was a three-star prospect who ranked as the No. 32 player in Ohio for the class of 2016. Harper had football offers from the University of Kentucky, Pittsburgh, and Maryland. In 2018 Darius decided to transfer to Cincinnati to play football. After playing in just two games for Cincinnati in 2018, Harper played in all 14 games in 2019, earning eight starts at tackle. He helped the Bearcats rank in the top half of the American Athletic Conference in rushing offense, 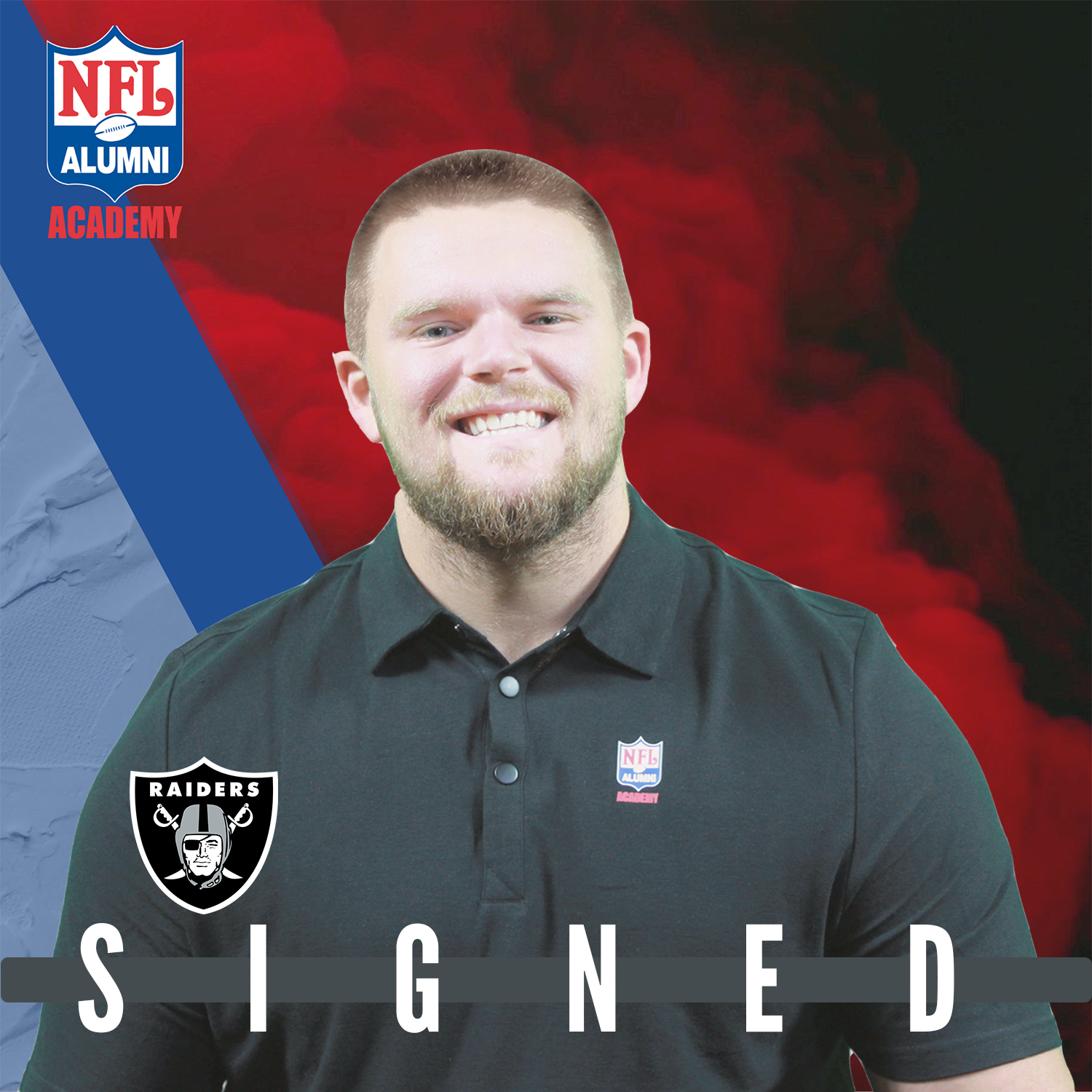 Brett Heggie is an offensive lineman who played his collegiate career at the University of Florida. Heggie finished his college career with 41 games played, including 31 starts. In 2020, he started at center in all 12 games where he blocked for Heisman Trophy Finalist Kyle Trask to help the Gators lead the nation in passing yards per game (378.6) while ranking eighth nationally in yards per play (7.28) and ninth in yards per game(509.8). He was Named SEC Offensive Lineman of the Week following his performance at Ole Miss where the Florida offense set a school record for yards against an SEC opponent (642 yards). Heggie was named to the SEC Fall Academic Honor Roll in all four seasons with the Gators.